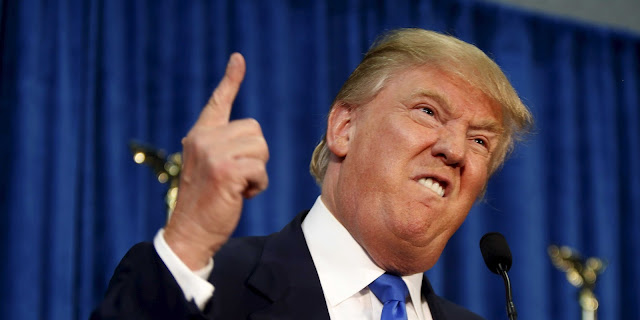 I don't know about you, but I actually want to turn things around now, not more than a decade and a half from now. People already forgot the goal was to take over the GOP from bottom to top? And we're already 2/3rds of the way there? All that progress since 2010, they're ready to ditch it & spend 15+ years starting over from scratch with a new party?

Just as the Democratic Party faces a cliff & is about to plunge over it, & GOP is set up for more than a decade of dominance...TRUMP!

TRUMP CAN SAVE THE DEMOCRATIC PARTY. He can do it!

Split the GOP vote, lead a big chunk of angry Conservatives into the wilderness and....leave them there. It's brilliant, really.

Trump didn't jump into this race because of his deep abiding love for America, or his being a Republican or caring about Conservatism.

Trump jumped into this race because BILL CLINTON urged him to. 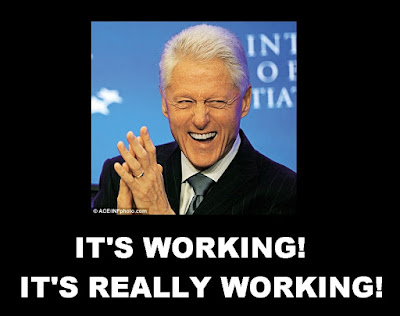 Not for any love of the GOP or our Conservative movement.

If not for the email scandal dragging Hillary down, Dems would be watching our GOP Trump-led clown show as she dominated the polls.

Time to cut through all the BS and get real. You're mad at the GOPe & you want to turn America around, repair the damage?

We're 2/3rds of the way in painting the map red & taking over the GOP. We can take out this leadership in another 1-2 elections.

OR....OR we can all throw a temper tantrum right now, burn the whole house down, move to the wilderness & spend 15 yrs making a new party.

And hey, newsflash: look at what Obama's 'accomplished' in 7 years and tell me this nation will last another 10 yrs under Dem 'leadership'. So no, we don't have time to all move to the wilderness and spend 4-5 election cycles making a new viable 3rd party. So quit dreaming.

You forgot the goal was to totally take over the GOP & throw this present leadership out on it's ass? That's OK because I didn't forget.

Oh, you're MAD at the GOP leadership? Guess what? So am I. But what's the best approach to dealing with them?

Is the best approach to do exactly what the GOPe wants and have all the Conservatives abandon the party. leaving them in power? Because absolutely, the GOPe elites would much prefer to hang onto power & lose the next couple of elections.

You want to pay them back? You want revenge? Let me tell you what the best revenge is then.

You take control of the GOP away from them and toss them out on their asses. What could POSSIBLY top that?

There's already rumblings in the ranks. McConnell/Boehner are already scared, they see the base coming for them.

I'm a realist, I don't have time for fantasies concocted by people who think a fantasy 3rd party is the ticket to turning the US around.

Of course they will tell you Conservatives taking the GOP over is 'impossible', it 'can't be done', etc. etc. Well they're wrong.

"Impossible" things happen all the time when enough people decide to take action.

Trump's strategy in playing up how much he - and you - don't like the GOPe doesn't have as it's goal making a more Conservative GOP.

Trump's goal is to lead you out of the GOP into the wilderness. He's a Democrat Pied Piper leading you towards futility. And if he succeeds, he'll go right back to being the same Democrat crony capitalist he always has been, only now the GOP is no threat to Democratic dominance whatsoever. And that'll be true for Conservatives too.

Trump's not out to empower you. He's out to nullify you. 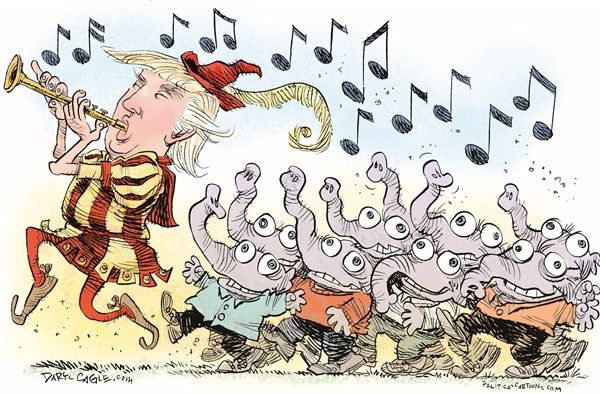 At least if Conservatives fight for control of this GOP party, we have a shot at saving this country in time. 3rd party remains a fantasy.

Go ahead and vent your rage at the GOPe sellouts. Then roll up those sleeves & go to work taking their party away from them.

Anybody who thinks the Trump endgame is a stronger Conservative movement or a stronger GOP once he's done is only fooling themselves.

So I've had to watch 3 months of people venting anger, and many of them also fooling themselves about what Trump's goals are.

I realize what many Conservatives like @NolteNC, @AnnCoulter, @marklevinshow & @IngrahamAngle think they are using Trump for their own purposes. Well Trump isn't stupid and he has his own goals.

The more Conservatives like @NolteNC @AnnCoulter @MarkLevinShow @IngrahamAngle empower Trump, they more they need to realize his real agenda is NOT theirs. They are playing with fire here.

Trump's got Conservatives at each's other throats over him, which is exactly what he was supposed to do.

Trump isn't here to unite the Conservative movement, strengthen it, & lead it to victory. Far from it.

He's here to marginalize it by leading it into exile.

And if that truth is too raw for you to hear, if you think it's mean for me to say that, let me leave you with Andrew's own words: 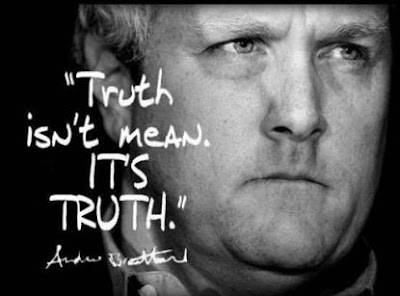 The truth isn't mean. It's the truth.
Posted by Brian Cates at 4:42 PM